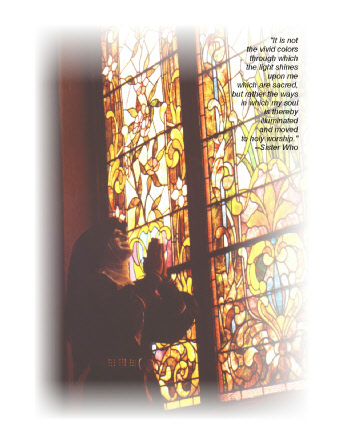 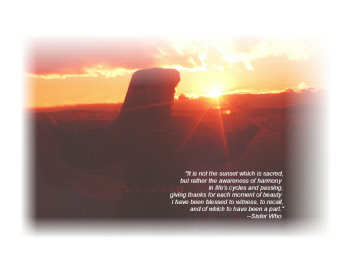 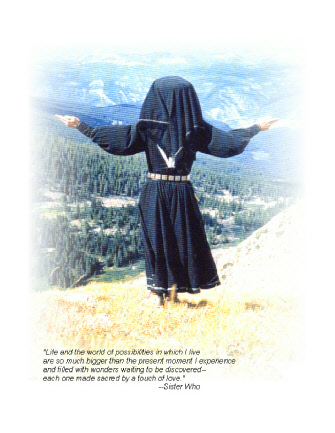 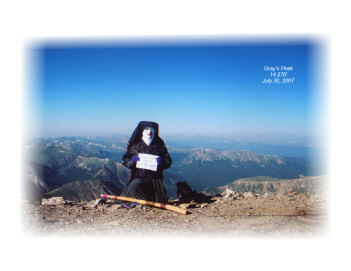 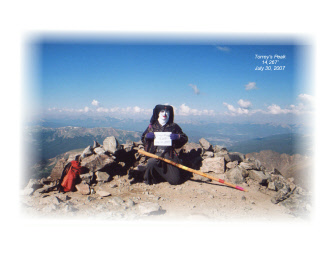 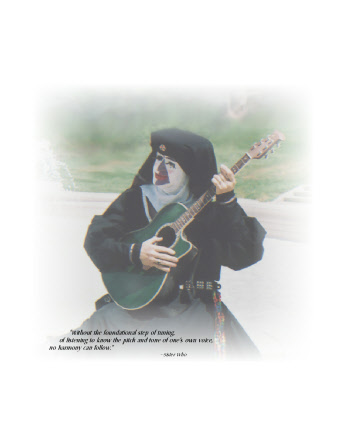 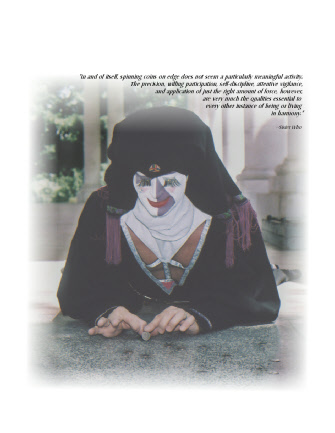 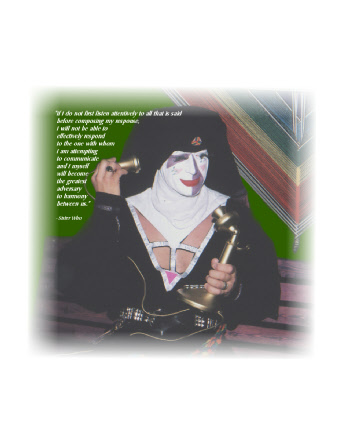 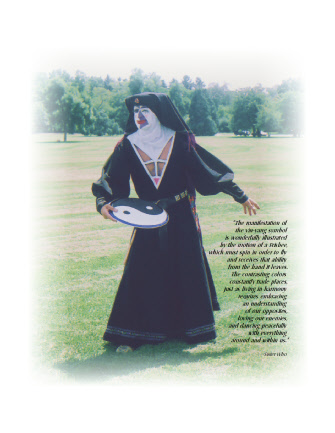 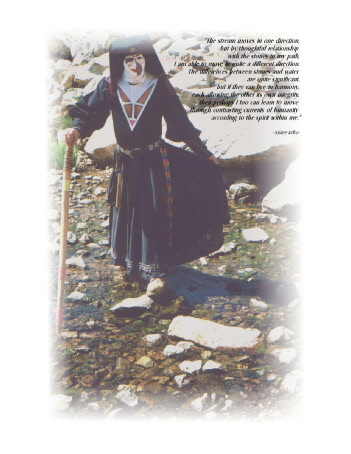 sw61:  "It is not the vivid colors through which the light shines upon me which are sacred, but rather the ways in which my soul is thereby illuminated

and moved to holy worship."  -- Sister Who

sw62:  "It is not the sunset which is sacred, but rather the awareness of harmony in life's cycles and passing, giving thanks for each moment of beauty

I have been blessed to witness, to recall, and of which to have been a part."  -- Sister Who 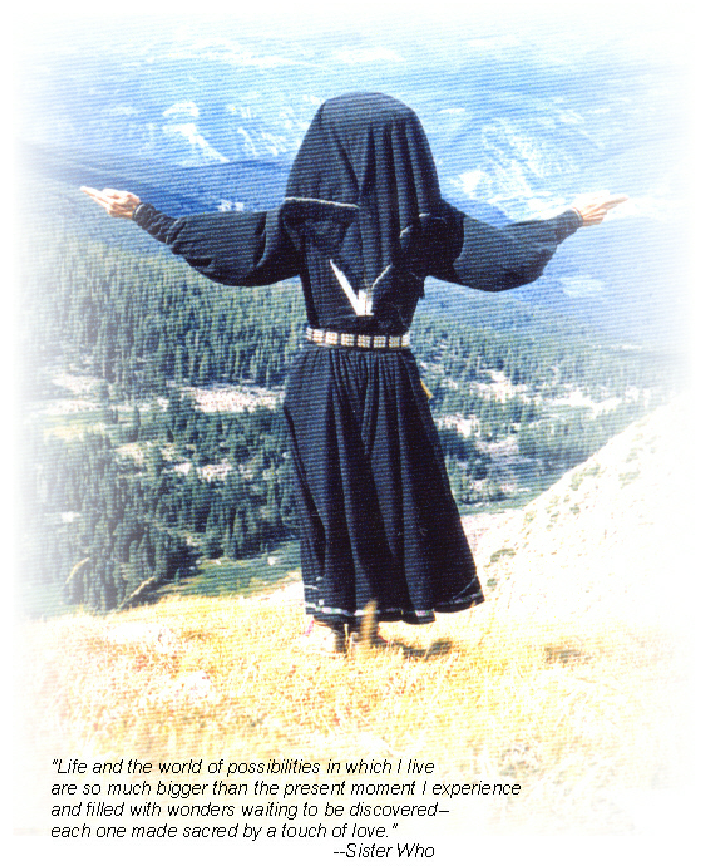 ”Life and the world of possibilities in which I live are so much bigger than the present moment I experience and filled with wonders waiting to be discovered--each one made sacred by a touch of love.”  -- Sister Who

sw66:  "Without the foundational step of tuning,

of listening to know the pitch and tone of one's own voice, no harmony can follow."  --Sister Who

sw67:  "In and of itself, spinning coins on edge does not seem a particularly meaningful activity.  The precision, willing participation, self-discipline, attentive vigilance, and application of just the right amount of force, however, are very much the qualities essential to every other instance of being or living in harmony."  --Sister Who

sw68:  "If I do not first listen attentively to all that is said before composing my response, I will not be able to effectively respond to the one with whom I am attempting to communicate and I myself will become the greatest adversary to harmony between us."  --Sister Who

sw69:  "The manifestation of the yin-yang symbol

is wonderfully illustrated by the motion of a Frisbee,

which must spin in order to fly and receives that ability from the hand it leaves.  The contrasting colors constantly trade places, just as living in harmony requires embracing an understanding

of our opposites, loving our enemies, and dancing peacefully with everything around and within us."

sw70:  "The stream moves in one direction, but by thoughtful relationship with the stones in my path,

I am able to move in quite a different direction.  The differences between stones and water are quite significant, but if they can live in harmony,

each allowing the other its own integrity, then perhaps I too can learn to move through contrasting currents of humanity according to the spirit within me."  --Sister Who